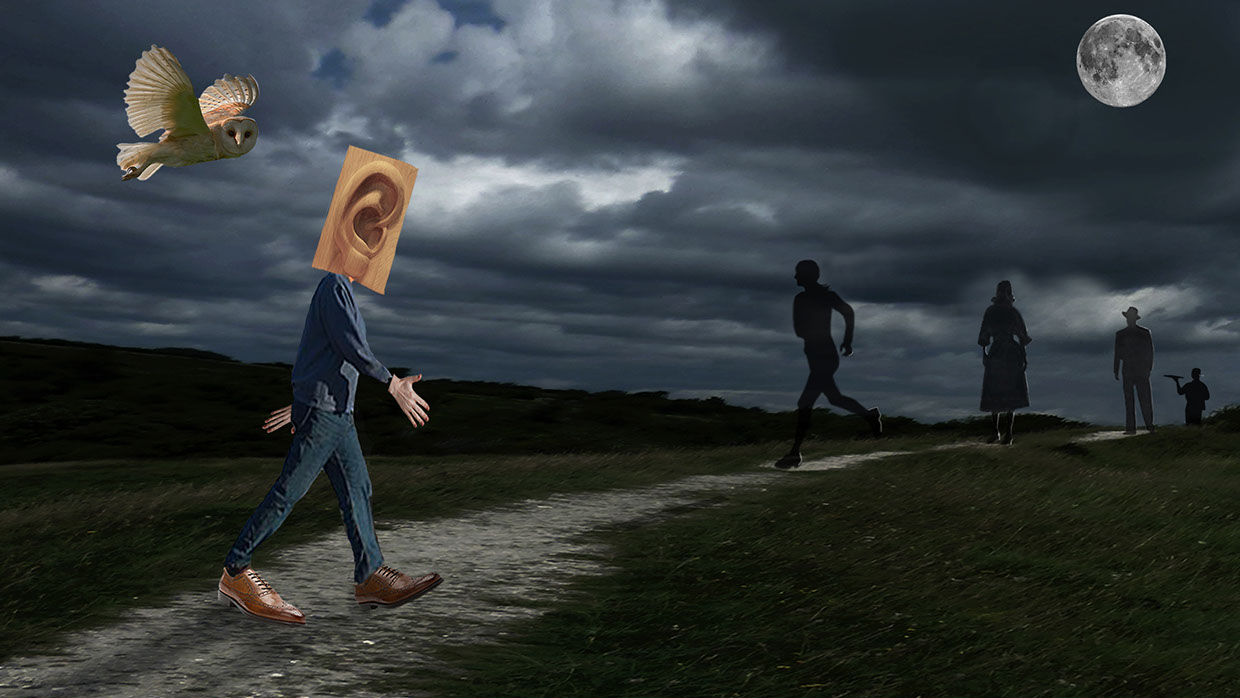 A transformative shift of practice allowed Fiona to become a cross between gumshoe detective, flâneur and anonymous ‘everyman’ to investigate the movement and energy of the city. At first she listened to sounds of footfall; then made audio recordings of these traces of human presence that are heard and felt rather than only seen.

Her influences are many, including Surrealism, Film Noir, the art of Foley, the Forensic and Movement sciences. These and her immersion into the sound world have led

to the making of synaesthesic artworks that by splicing across the senses, bring attention to the presence of

the body in motion.

This new exhibition is purposefully sited in Northampton to connect with the region’s long and fascinating tradition of shoemaking. A shadowy, atmospheric gallery space invites visitors to move, listen, look and make sense. Pitched on the borderline between sound and music, cadent footfall rhythms stimulate intense acoustic encounters with many walking, running, climbing, dancing contributors. The audio content links to quizzical material exhibits that act as visual ‘clues’ to possible interpretations of familiar everyday experiences and identities. On another level, there is potential to cross over into less conscious, metaphorical themes: of containment and release, escape and pursuit, repetition and the random. Where fact and fiction merge...